Here’s the GetBlock’s digest of the catalysts that may have contributed to the most brutal crypto carnage since Black Thursday.

What triggered this sell-off? Are the worst liquidations yet to come?

The answer is yes and no.

First and foremost, yesterday’s plunge erased ‘only’ 33 percent of Bitcoin (BTC) price overnight. To provide some background, during Black Thursday in Crypto, Bitcoin dropped from $8,280 to $3,700; losses exceeded 55 per cent.

Meanwhile, some records were registered. For instance, Bitcoin (BTC) price has never been so volatile in its history. In less than four hours, BTC/USD recovered from its local bottom at $30,000 to $40,442; Coinbase whales added 35% to its price. 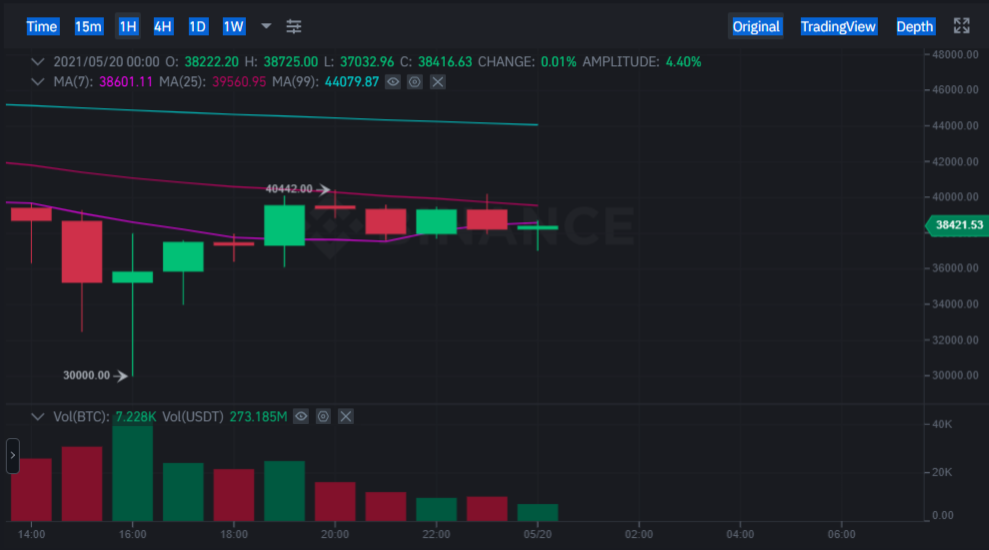 Also, cryptocurrencies markets witnessed jaw-dropping liquidations across all derivatives exchanges. Between 700,000 and 900,000 traders got liquidated while the net amount of their losses exceeded $7 billion. On Black Thursday that indicator barely surpassed $2.5 billion.

So, the doomsday power of this carnage should be attributed to the over-leveraged landscape of crypto markets. But who triggered the ‘cascade liquidations’?

Been a long time, China FUD

However, the eagle-eyed analysts noticed that, first and foremost, a variety of Chinese watch dogs are issuing ‘warnings’ of such type periodically.

Also, none of the three is actually a regulator. All of them are just sectoral unions yet very influential ones. But in a nutshell, this is a textbook example of ‘nothingburger’ on overheated markets.

All major cryptos were heavily overbought in early May. Lightning-fast altcoin season injected new life into half-forgotten dinosaurs of the crypto scene: Ethereum Classic (ETC), Stellar Lumens (XLM), Litecoin (LTC) and so on.

Then, the euphoria around Dogecoin (DOGE) copycats excited crypto newbies. However, Vitalik and Elon showed no mercy to them, as previously reported by GetBlock.

The fact is, Bitcoin (BTC) looks terribly oversold in-between $30,000 and $40,000. Here’s why the funding indicator (the balance metric of derivatives exchange) is at its most ‘bullish’ levels since March, 2020.

Meanwhile, institutions should have been scared by yesterday’s armageddon. Some of them may start considering selling - at least, partial. We shouldn’t forget that the flagship corporation of the ongoing crypto rally, Microstrategy, purchased Bitcoin (BTC) at $24,400 average price. So, it can sell it with 100 per cent profit at $49,000 - and its price would immediately plummet to four-digit levels.

Do your own research, as usual. This correction won’t last forever - neither will this bullrun.

If you’re interested in investing in cryptocurrency, please don’t overlook what our partners in SimpleSwap are offering. Their exchange allows you to buy a plenty of cryptos including Bitcoin (BTC), Ethereum (ETH) or Litecoin (LTC) with other tokens or credit cards.