As we’re getting closer to 2022, GetBlock is using this space to start a series of articles to recall the most remarkable events of 2021. Today, let’s discuss a number of hotly anticipated moments that changed the crypto sphere and its main protocols.

Ethereum Improvement Proposal (EIP) 1559 was activated in Ethereum’s mainnet at Block 12,965,000 on August 4th, 2021. It was the most radical change to Ethereum’s transaction fees model.

In August, we covered its design in detail. In a nutshell, it is the crucial element of London hardfork that made Ethereum’s fees policy dynamic. After the implementation of EIP-1559, a share of Ethereum’s fees is destroyed after every block.

As such, Ethereum now can be a deflationary asset: in some weeks, base fees (that are destroyed) were larger than block rewards issued by protocol and the aggregated Ethereum (ETH) supply dropped.

This proposal had been opposed by miners as they had been afraid of reduction of revenue. However, Ethereum (ETH) price almost doubled in three months after the activation of EIP 1559: it spiked from $2600 to $4800. 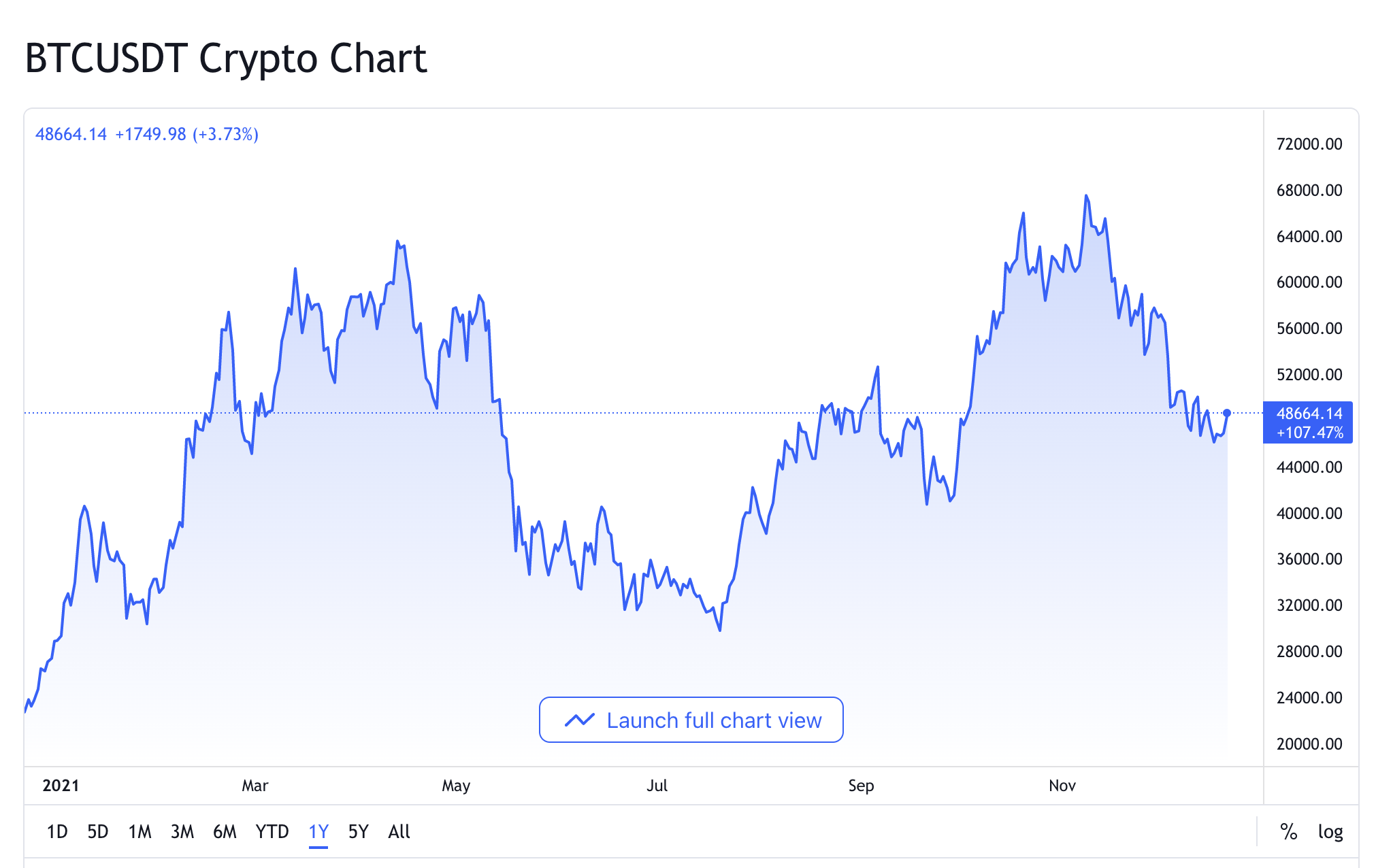 On April 13th, 2021, catalyzed by the prompt recovery of the EU and US economies from the ‘coronacrisis’, Bitcoin (BTC) price peaked at $63,300. At the same time, this unbelievable high marked the start of painful carnage of Bitcoin (BTC) bulls.

April’s record was smashed in October. In early November, 2021, Bitcoin (BTC) price set its current historic high over $69,000. After this peak, an orange coin entered a painful correction it is still struggling with.

Schnorr/Taproot update was activated in Bitcoin (BTC) on Nov.12, 2021

The most important upgrade for the mechanism of Bitcoin (BTC) blockchain since its SegWit soft fork in 2017, Taproot upgrade (or Schnorr/Taproot upgrade) changes the narrative for both privacy and performance of the first blockchain.

Taproot upgrade went hand in hand with the activation of Schnorr signatures scheme. It carries the name of German mathematician Claus Schnorr who described it in 1989. It allows multiple signatures to be aggregated and therefore increases the resource-efficiency of the transactions.

Moments ago, we deployed the #Alonzo upgrade at the epoch rollover.

Welcome to the start of a new era for #Cardano $ADA pic.twitter.com/r6QNvTv4pt

As we covered in GetBlock, Cardano’s devs from Input Output Global, proceeded towards smart contracts release in an atmosphere of disbelief, criticism, and hate. Mostly, the negativity towards Cardano (ADA) was driven by Bitcoin and Ethereum maximalists.

However, Cardano (ADA) devs smashed through this impressive milestone: its dApps ecosystem is growing.

Stay tuned: incoming articles, GetBlock will recap the most remarkable trends and persons of 2021 and even share some predictions for 2022.