GetBlock shares a deep dive into what Verge Currency (XVG) looks like - and how a solid and passionate community brings mainstream popularity even with no ICO and VC capital.

Veteran blockchain Verge (XVG) is a textbook example of how a cryptocurrency can merge the benefits of the open-source approach, revolutionary mining technology, powerful infrastructure toolkit to address the impressive suite of use-cases.

Verge Currency (XVG) was invented in 2014 as DogecoinDark; built as a fork of peercoin, it called itself Doged as a throwback to the même community of Dogecoin. Meanwhile, it didn’t inherit the memetic essence of Dogecoin (DOGE). In 2016, it rebranded as Verge Currency (XVG) from which it grew in traction under this name. In 2018-2019, Verge (XVG) released the majority of its end-user applications (wallets, storages, mobile apps and so on). 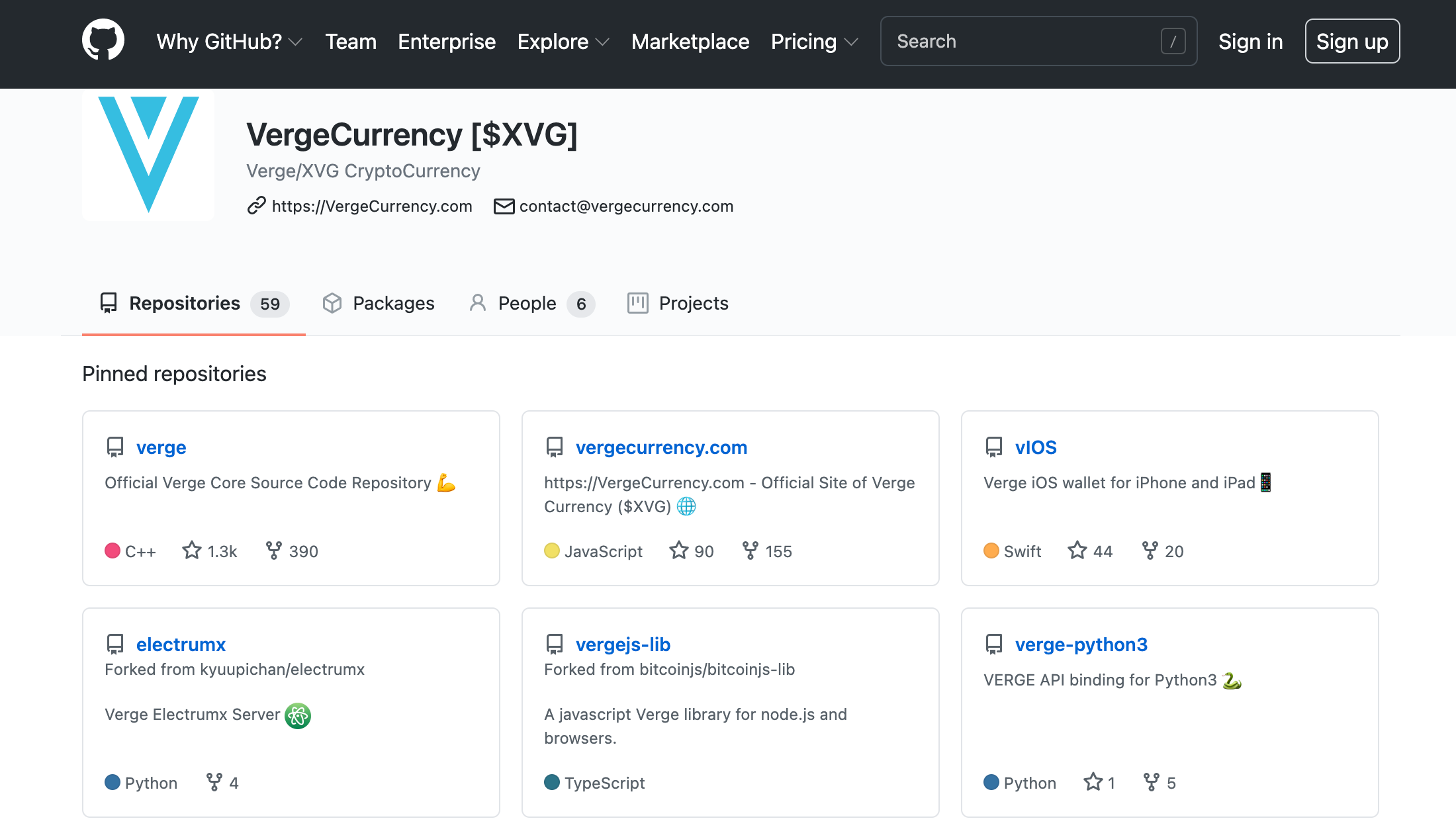 Starting from its very inception, Verge Currency (XVG) is 100 percent open source: all 59 repositories of its codebase are available on GitHub for every blockchain enthusiast. Also, the project proudly promotes itself as a fully community-driven one. XVG coin wasn’t pre-mined before listing on exchanges, has no built in mining reward, nor backed by venture capitalists or ICO investors.

Verge Currency (XVG) cryptocurrency utilizes Proof-of-Work consensus: the security and integrity of its transactions are guaranteed by distributed computational power of miners and their hardware. In 2020, its hashrate reached all-times-high over 5 TH/s: it means that Verge (XVG) miners calculated 5 trillions of hashes every second competing for the right to get a new block appended to the blockchain.

Large and multi-platform software infrastructure is a ‘killing feature’ of Verge Currency (XVG) compared to its analogues. By 2021, it released end-user wallets for all massively adopted operating systems (MacOS, Linux, Windows). Verge (XVG) can be easily stored and transferred through smartphone-based apps for iOS and Android. XVG is integrated by many centralized and decentralized wallets as well.

Thus, XVG should be referred to as a highly liquid coin: according to Coinmarketcap’s data, it is available in 44 trading pairs across 24 exchanges. Besides cryptocurrencies, supporters can purchase XVG with fiat money: U.S. Dollars, Euros, and Indian Rupees. Net trading volume in active days exceeds $100 million per 24 hours.

Verge (XVG) cryptocurrency demonstrates a number of features that makes it attractive for retail and industry-scale use-cases. Its technical metrics described above allow Verge (XVG) blockchain to verify transactions to a maximum of 100 transactions per 30 seconds, normally verified between 5 to 10 seconds with a median transaction fee of about 0.1 XVG (roughly 4 USD per 1000 transactions).

That makes Verge (XVG) suitable for retail payments in e-marketplaces. It is already accepted by dozens of flagship e-commerce teams and vendors. Verge (XVG) maintainers are always ready to on-board new vendors.

For instance, in Q4, 2020, Verge Currency (XVG) inked a long-term partnership with Voice Life, a wireless charging protocol that leverages cutting-edge IoT and neural networks practices. Namely, it harvests wireless signals from satellites, radio or mobile phones and turns them into electricity for end-user devices.

In a nutshell, Verge Currency (XVG) retained the ‘old-school’ ideology of cypherpunks and blockchain pioneers without sacrificing usability and ‘community first’ approach. At the same time, it delivered the advanced technology for fast and cheap payments suitable for everyday use. Rich infrastructure brilliantly integrated Verge Currency (XVG) protocol into the global blockchain scene; making it a global digital currency.