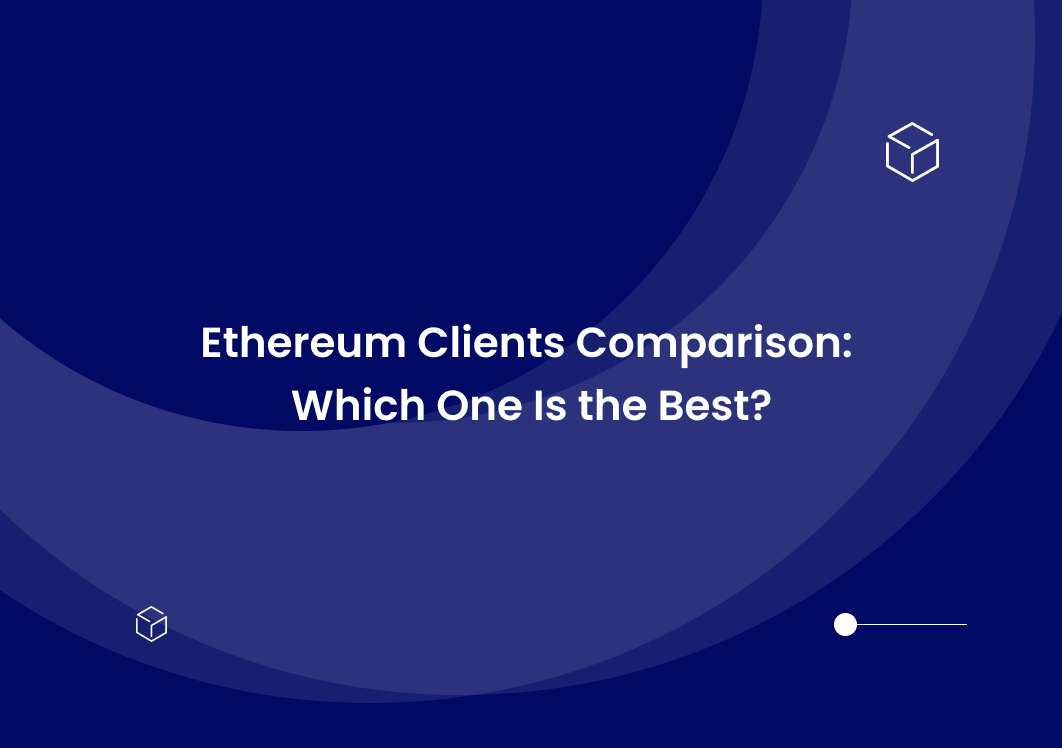 Ethereum Clients Comparison: Which One Is the Best?

Ethereum is the most popular blockchain platform right now.

The amount of decentralized applications on the platform is astonishing – more than 2,000 apps. The market capitalization of Ethereum is about $70 billion at the time of writing, and the majority of tokens on the crypto market are Ethereum-based.

No wonder that many people want to know which Ethereum client is the best one. An Ethereum client is an application necessary to run a copy of Ethereum node, and it allows to join the network, synchronize the copy with the current state of the blockchain, send new transactions to it, and creating and managing addresses.

Here we’re going to compare three popular clients, Geth, Besu and Parity, look at their current development stage and probably decide which one is the most functional.

Geth is the official Ethereum client written in the Golang language. It comes in two forms – as a standalone client and a library for using in other projects.

The standalone client is available for all popular platforms – Windows, macOS, Linux. You can install it by downloading the precompiled package and running it from the command prompt.

Geth can be used to maintain 3 different types of nodes – a full node, an archive node and a light node. The light one is the preferred one because it allows users to use the Ethereum network without downloading the whole blockchain copy. A full node allows to mine and verify new blocks. All mobile and web clients work as light nodes, but every developer should rather have its own full node, which is essential for any blockchain development.

Geth has its own testnet Rinkeby which can be used to test smart contracts and other functions without spending real money.

A very interesting feature of Geth is fast synchronization. During the initial download, it skips most of the historical data and leaves only the most recent one, allowing to decrease the downloaded blockchain size to about 25 Gigabytes. Compared to the regular size of 300 Gb, it’s a vast improvement over the older clients. Geth is the most official Ethereum client that you can get, but it has only a command-line interface

It’s the second most popular client for Ethereum, written in Rust, and the lightest of them all. It’s almost the same as Geth but it has some different traits. Its fast mode allows to cut the size of the blockchain down to 10 Gb, and it has a graphical user interface that can be launched in the browser by accessing the specially reserved port.

Parity doesn’t grant its users access to Rinkeby testnet, but it has another option, Kovan testnet. Overall, there’s no significant difference between Parity and Geth, and any project can migrate from one client to another without any significant changes.

Besu is a client by the Hyperledger community. This community is comprised of many large companies such as IBM, Intel, Daimler and most importantly, Consensys, one of the main Ethereum developers.

Besu is Apache 2.0 licensed and written in Java. It’s designed for enterprise use and supports both permissionless and permissioned networks. Besu allows using many testnets such as Rinkeby, Ropsten, and Görli. Besu is a very powerful tool for setting up and running Ethereum nodes, and even though it’s aimed primarily at users with some expertise in Java, such as fintech companies, regular users can also run it.

However, if you don’t want to set up a node, you can use GetBlock.io to rent an Ethereum node and use data provided by it. It’s fast and easy, has a well-documented API and can be accessed anytime you want. For a developer it’s a necessary requirement, so you can easily use our service.