GetBlock team is thrilled to announce that SimpleHold, a next-gen multi-platform cryptocurrency wallet, will get connected to blockchain nodes via our instruments.

SimpleHold is a light non-custodial wallet for Bitcoins (BTC), Litecoins (LTC), Tethers (USDT), and so on. Recently, its team accomplished an ambitious milestone: the wallet is now seamlessly connected to Ethereum (ETH) blockchain. 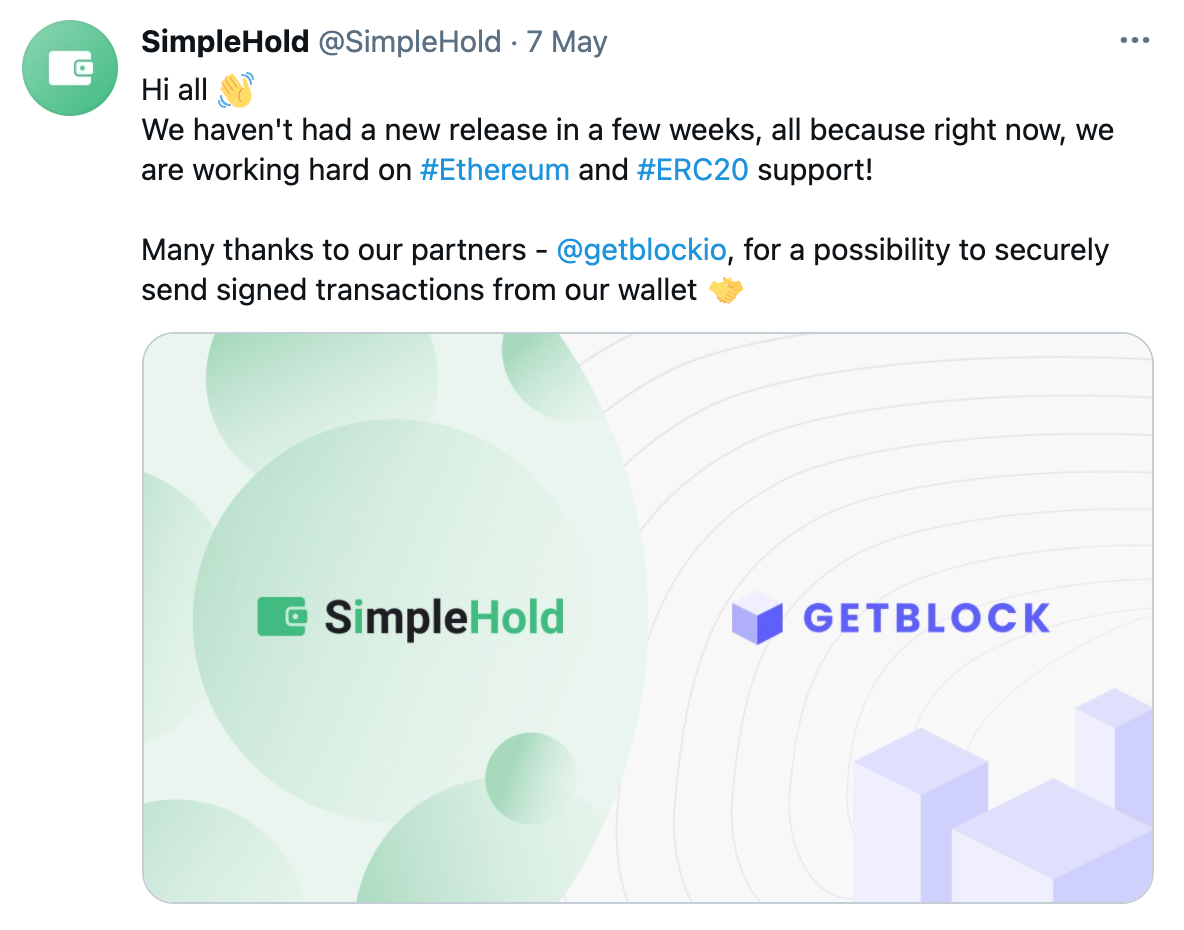 As such, with GetBlock-fueled gateway to Ethereum (ETH) nodes, SimpleHold supports both Ether and ERC-20 tokens transfers. Thus, the vast majority of tokens in existence can now be stored and transferred via SimpleHold.

This release is crucial for SimpleHold technical and marketing progress: the lion’s share of liquidity allocated to thousands of Ether-based tokens can now be operated with SimpleHold.

Many platforms, many assets: what’s special about the SimpleHold approach?

SimpleHold is an open-source wallet with top-tier security solutions integrated. It supports AES-encrypted backups for the safety of users’ private keys.

SimpleHold’s ‘killing feature’ is its rich toolkit of integration with popular browsers. At press time, the wallet is seamlessly available with Opera, Mozilla Firefox, Brave and Chrome.

GetBlock empowers a variety of types of decentralized applications with reliable, cost-efficient node access solutions. In a number of clicks, users can get connected to every major blockchain including smart contract platforms Ethereum, Binance Smart Chain, Tron, and so on.