GetBlock – a pioneering Blockchain-as-a-service and nodes provider for 40+ networks – has recently added public API references for NEAR Protocol users. The service is easily accessible via GetBlock’s NEAR blockchain explorer. The API-focused portal helps developers understand how they can use APIs to get started with their projects. Additionally, the newly added page is a source with examples and tutorials that developers can always return to in case they have questions related to the functionality of their API.

APIs (Application Programming Interfaces) access digital resources existing in a certain location and provide successful functioning of the entity being incorporated into the process. This is a set of definitions and protocols for Web3 developers that helps build and further integrate software into an application.

APIs are deployed by users to simplify web product development, as it massively increases the communication between IT teams, individual developers, and businesses, on top of saving time and money spent on the product. Often referred to as digital contracts, APIs predict the way the two cooperating parties will interact in various situations.

Hence, APIs are a fundamental tool for designing new products and managing existing ones. Public API references can help developers increase their product value and potentially monetize their data.

GetBlock implements public APIs for NEAR

Thanks to the NEAR Protocol’s forward-looking and community-oriented outlook on the cryptoverse, GetBlock was awarded NEAR’s development grant for the second time. The grant was used to supercharge public API references realization. In short, a reference describes the endpoint of an API by laying out the way developers can interact with APIs.

Take a look at this example: 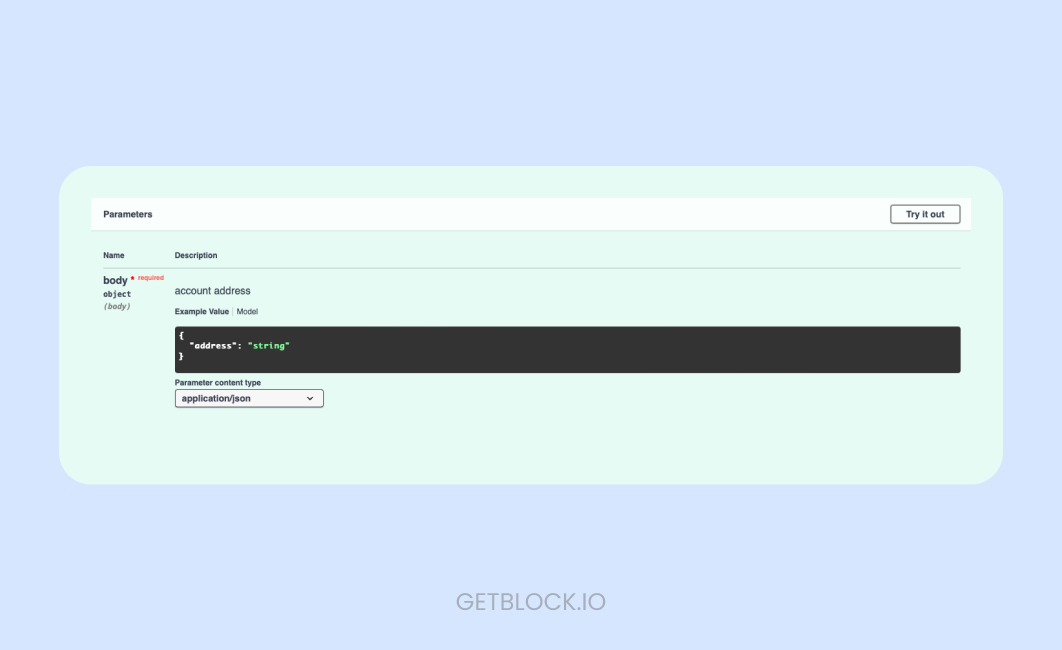 This is a request for the get address command, designed to retrieve accounts by their addresses.

The possible responses are: 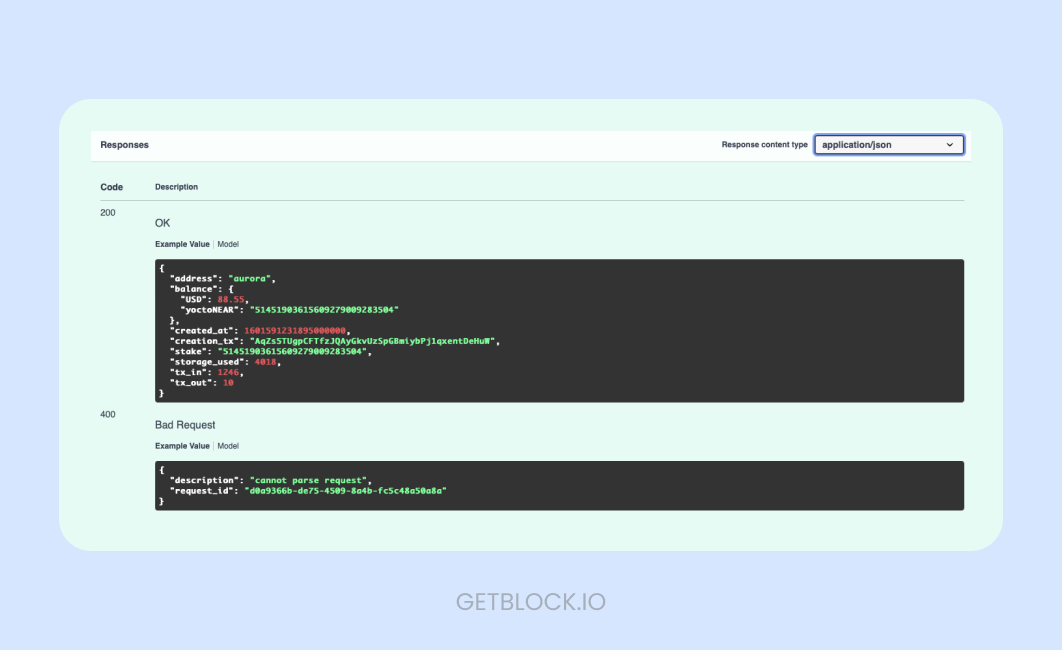 The reference displays both positive and negative response options.

The API references are easily accessed via GetBlock’s NEAR explorer page by simply clicking on the API section found in the description of the explorer’s functionality: 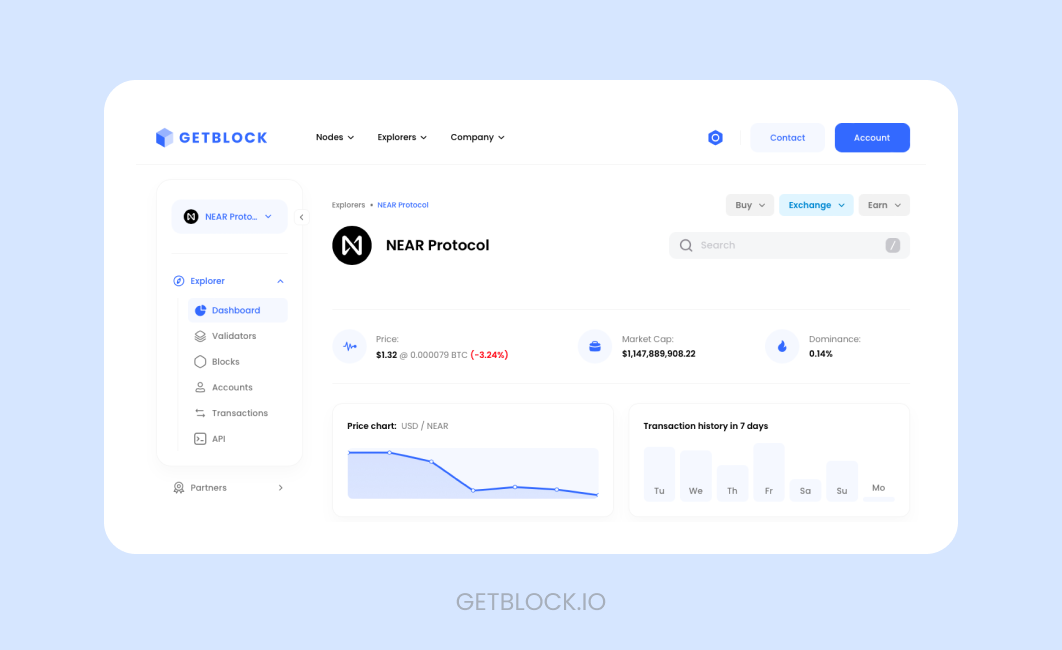 Public API references for NEAR are divided into sub-categories: Account, Block, Node, Statistic, Summary, and Transaction. In addition, there are API models available as well.

API endpoints can be implemented via your GetBlock account. In the free trial plan, GetBlock clients can access up to 100k daily requests distributed on all projects.