One of the most ambitious Web3 ecosystems sees its crucial asset ATOM surging despite the uncertain market context.

Yesterday, on July 15, 2022, the price of ATOM, a native cryptocurrency asset of Cosmos, ‘Internet of blockchains’, jumped more than 10,5% from intraday low. 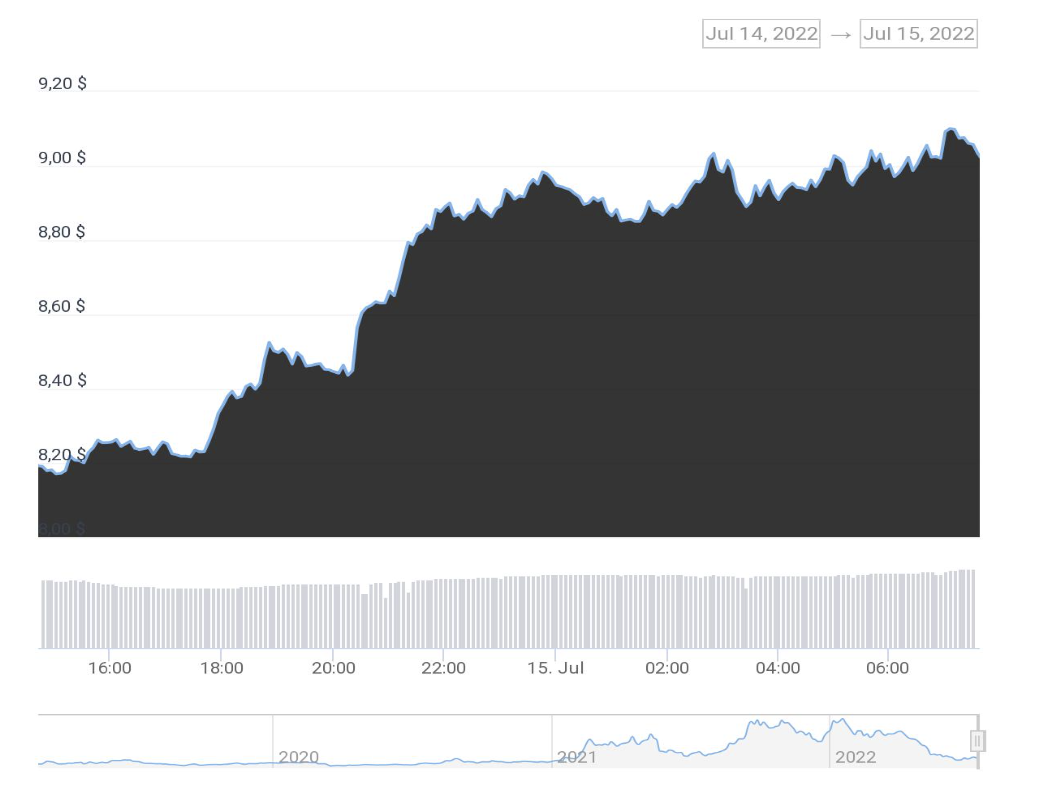 After the upsurge, ATOM price recovery slightly lost its steam; by press time, it was changing hands at $9,13, being 10 per cent up in 24 hours.

The growth might not be over for ATOM as its RSI index remains in the neutral zone with 57.1 points; ATOM still doesn’t look oversold in pairs with USD.

ATOM price spikes as the protocol approaches a crucial update. In September, 2022, the protocol can activate ‘Interchain Security’ upgrade. This upgrade will allow the projects within the Cosmos ecosystem to get the highest level of security in Cosmos protected by its 175+ validators.

This upgrade is set to streamline the process of deployment of decentralized applications (dApps) to Cosmos (ATOM).

Cosmos has long been a natural landing spot for protocols to launch as sovereign and interoperable blockchains.

Also, it was announced that dYdX, a veteran DeFi protocol, will migrate to its own blockchain from Ethereum (ETH). This blockchain will be integrated into Cosmos nodes ecosystem as a stand-alone chain.

Both shared and dedicated nodes for Cosmos are available through the REST API method. Free and paid tariffs for GetBlock clients include Cosmos blockchain nodes.