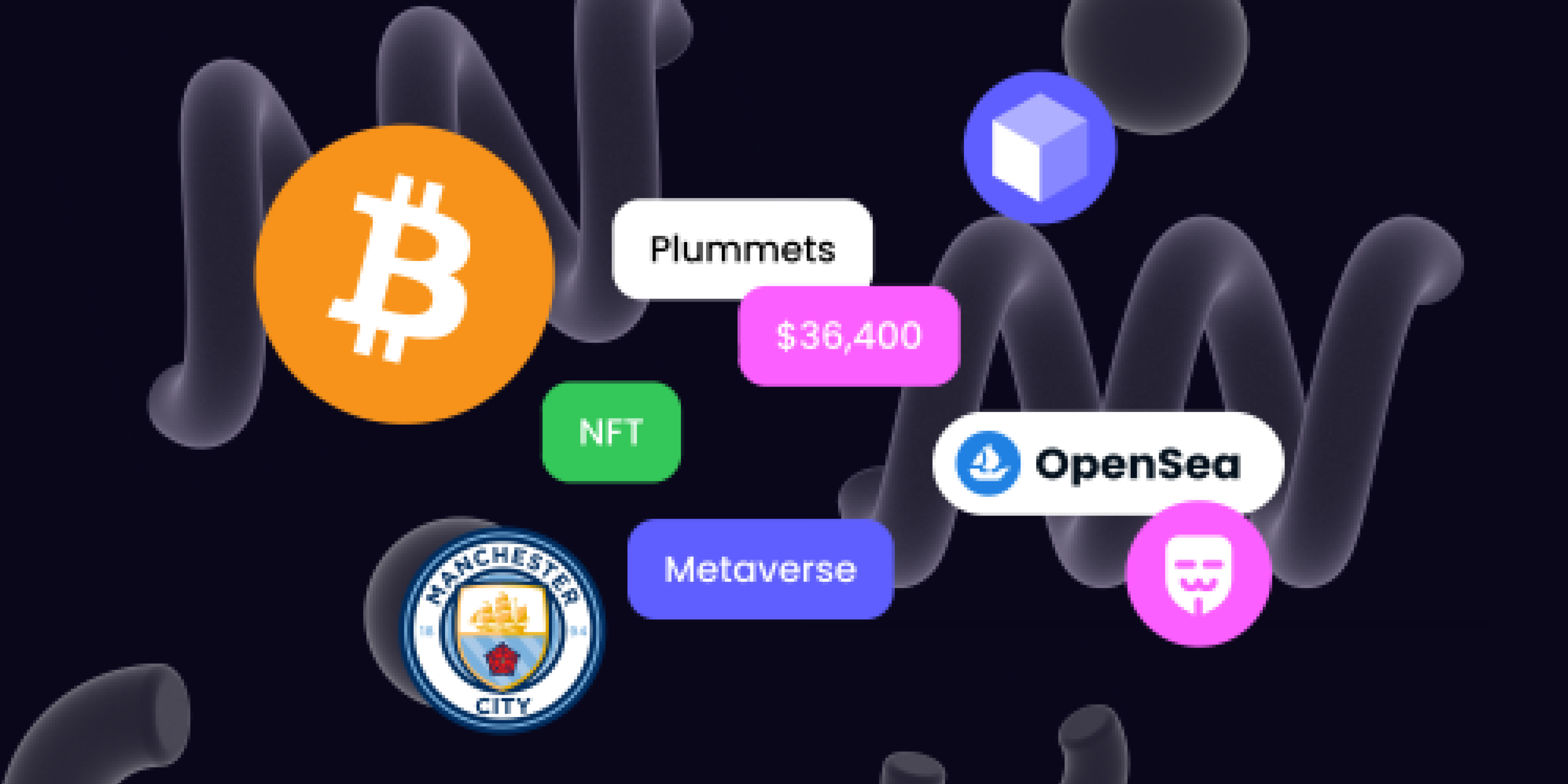 Bitcoin and all major altcoins are down in the last 24 hours together with stocks and indexes.

Today, on Feb.22, 2022, crypto markets are in deep red. In the early morning hours, Bitcoin (BTC), a flagship cryptocurrency, plummeted to $36,400, which is the lowest level since January.

As such, Bitcoin (BTC) lost almost 7% of its value in less than 12 hours. The most painful phase of collapse was triggered by the U.S. markets opening.

Other crypto heavyweights suffered even more painful losses: XRP plunged from $0,79 to $0.69 in less than 8 hours.

Avalanche, Cardano, and Shiba Inu Coin lost 7-7,5 per cent each.

Russian stock markets witnessed its worst day since 2008: Sberbank is 25% down while Gazprom, Rosneft and others lost about 20 percent of valuation amidst the latest political tensions.

One of the most winning English Premier League teams, Manchester City, expands its bet on crypto and on-chain gaming.

According to City Football Group chief marketing officer Nuria Tarré, amidst never-ending restrictions in the UK, the team is going to launch the immersive copy of its Etihad Stadium in the metaverse.

To accomplish this outstanding milestone, the team has partnered with Hawk-Eye, Sony’s fully-owned subsidiary. Hawk-Eye will supercharge Manchester City’s virtual ecosystem with its cutting-edge image analysis and skeletal-tracking instruments.

OpenSea, a world-leading platform for non-fungible tokens trading, was targeted by a sophisticated phishing fraud. As a result, 17 tokens from top collections BAYC, RTFKT, Azuki, and so on, were stolen by malefactors.

According to the first results of the investigation by OpenSea’s team, the scammers send phishing emails to the victims on behalf of the marketplace’s team.

They informed about alleged migration to the new codebase and made the holders of NFTs authorize transfers of their riches to the third-party accounts.

1) We’ve narrowed down the list of impacted individuals to 17, rather than the previously mentioned 32. Our original count included anyone who had *interacted* with the attacker, rather than those who were victims of the phishing attack.

In total, the attackers contacted 32 OpenSea users, but only 17 of them transferred their tokens. The net amount of losses exceeded $1,7 million in equivalent.