What Are Mempools: Dark Forest of Blockchains

What Are Mempools: Dark Forest of Blockchains

Prior to getting included into the blocks, our transactions enter so-called mempools. Why are they crucial for normal blockchain operations?

What is going on when we authorize a transaction in blockchain? Why are transactions verified faster or slower? Blockchain mempools and their metrics can tell us more about how decentralized networks actually work.

Mempool is a place where the transactions are stored before being included in new blocks of this or that network. When network activity is too high, the number of transactions in mempool rockets and transfers slow down.

As the manipulations with transaction queues can bring various arbitrage opportunities, mempool sniping mechanisms are popular among tech-savvy traders. They allow you to send the transaction with enormous speed.

Mempool (derived from ‘memory’ and ‘pool’) should be referred to as a node mechanism that allows blockchains to store information about unconfirmed transactions. All valid transactions enter mempool before being broadcast to miners (included into new blocks).

Thus, mempools are necessary for blockchains as no network is powerful enough to broadcast all transactions to blocks instantly.

Once the transaction is included into mempool, nodes start to send it to their peers. Actually, a single transaction isn’t validated by the entire computational power of this or that blockchain: various nodes validate transactions in various periods of blockchain activity.

Why does mempool size matter? 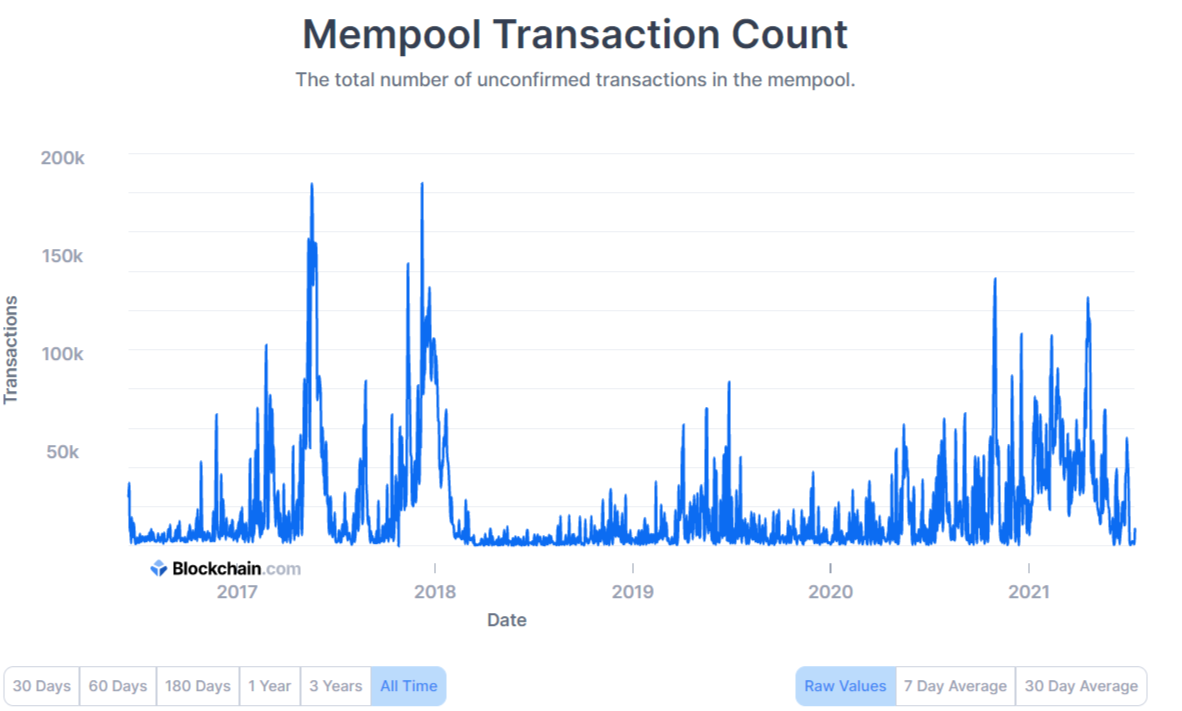 Last congestion of Bitcoin mempool coincided with the upsurge of its price to new ATH in Q1, 2021 and following panic-driven sell-off. Thus, Bitcoin mempool overload can occur as a result of price moves in both directions.

Actually, Bitcoin mempool overload is a dangerous situation: once the mempool clears, the selling pressure on the network can rise dramatically.

The Ethereum network also has a storage for unconfirmed transactions. However, its developers utilize different terminology: in Geth implementation, Ethereum mempool is called TX-POOL while in OpenEthereum (formerly Parity) it is dubbed TX-QUEUE.

Polygon mempool and Binance Smart Chain mempool work in similar manner: every interested user is able to check their statuses by public explorers.

What is mempool sniping and why might you need it?

This discrepancy allows for a variety of manipulations with mempool. Using it for arbitrage or even for preventing transactions from being correctly sent is described by Ethereum OGs Dan Robinson and Georgios Konstantopoulos in their famous Ethereum is a Dark Forest essay.

Mempool sniping refers to a class of techniques that allows to broadcast transactions to blockchain in lightning-fast mode. For instance, mempool sniping bots allow you to catch the most profitable price in the first moments upon asset’s listing on Uniswap (UNI).