ETF Based on Ethereum: Is It a New Era of Investment in Crypto?

ETF Based on Ethereum: Is It a New Era of Investment in Crypto?

Exchange Traded Fund based on cryptocurrencies is one of the most discussed topics of 2021. The world has already seen Bitcoin ETFs, but Ethereum-based ETFs could also appear soon. Let's find out what this will lead to and whether there will be funds based on other coins.

What exactly is ETF?

Exchange Traded Fund (ETF) is an index fund which can be purchased or sold on an exchange. This instrument has been existing for a long time in the field of traditional finance as a tracker of indexes, commodities, or other assets. On crypto exchanges, ETF operates as a certificate for a portfolio of currencies.

ETF participates in the same financial operations as shares (including margin trading). And this is the key difference between ETF and mutual funds. The price of Exchange Traded Fund follows the index based on certain assets and fluctuates in relation to the market. In the United States, these funds are equated to securities and are registered with the Securities and Exchange Commission (SEC).

Generally, Exchange Traded Fund shares are more liquid than mutual fund assets. This is the first reason why crypto ETFs are growing in popularity. The second reason: that it is a familiar tool in the world of traditional finance. It is believed that ETFs are a premise for the entry of large investors and funds to enter the cryptocurrency market. 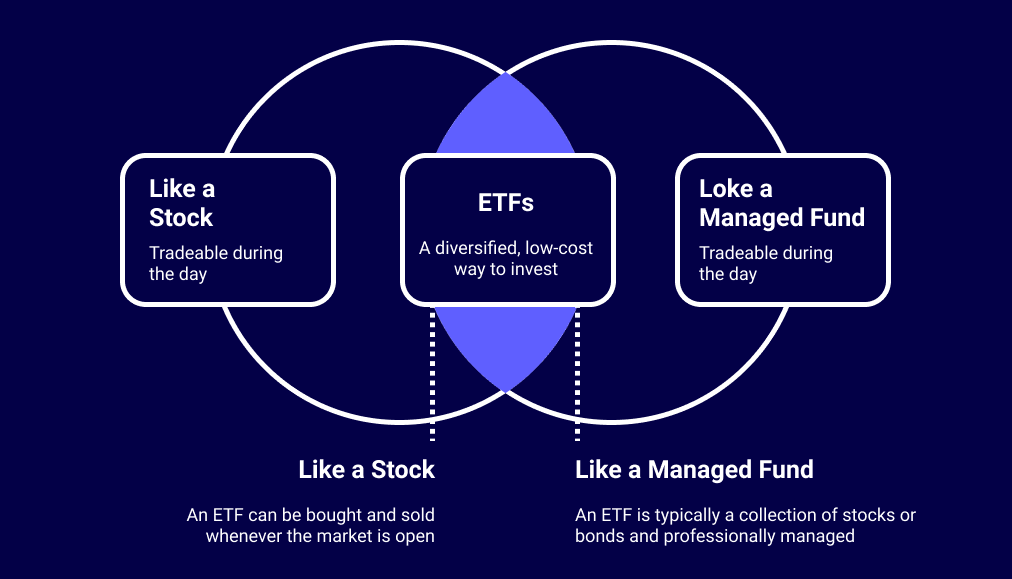 How the first ETFs appeared?

From 2018 to 2021, many attempts were made to launch Bitcoin ETFs. US companies have been filing applications for it to the Securities and Exchange Commission. Among them were such large companies as VanEck, Gemini, SolidX and Cboe. But until March 2021, the SEC rejected all applications. Now another document is under consideration, and a decision will be made by the end of April.

Canada became a pioneer in launching a Bitcoin ETF: the Purpose Bitcoin ETF has been operating there since February 12. The fund was rising $ 624 million during the first 9 days of operation. Applications from the founders of similar funds have also been approved in Australia and the Bermuda Stock Exchange.

Bitcoin was chosen for the first ETFs because this asset has already been well studied, and all the new financial instruments test on BTC usually. But in March 2021, a new era began: applications were also filed for Ethereum ETF registration.

Who will run the first Ethereum ETF?

The first Ethereum-based fund is likely to appear in Canada as well. There are two applications currently pending with the Ontario Securities Commission (OSC). 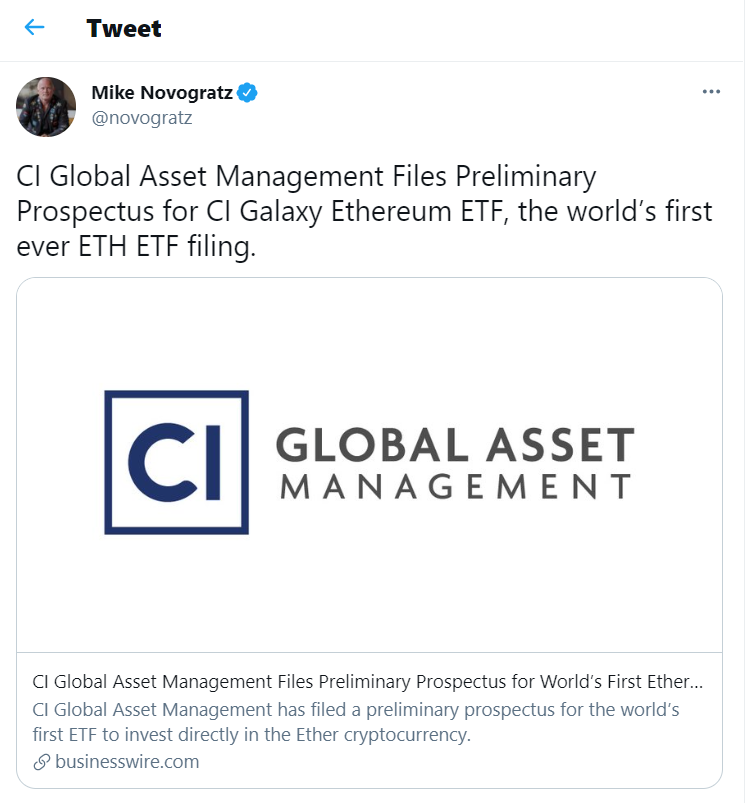 CI Financial and Galaxy Digital have previously received approval in Canada to launch a Bitcoin fund. The founders regard Ethereum as a promising asset, and suggest it could play a role in a new round of Internet development.

How could Ethereum ETF change the crypto world?

ETFs are expected to bring large investors into the cryptocurrency market, as well as boost the number of average ones. The more different funds appear, including those based on altcoins, the more instruments for investors.

For medium-sized owners, Exchange Traded Fund brings a new level of comfort in working with digital assets. They do not need to register a wallet, sign up for an exchange, explore tools for safe storage of cryptocurrencies. This means that the threshold for entering Bitcoin investments is decreasing.

For large investors, ETFs is an additional guarantee of the reliability of Bitcoin and Ethereum as assets. The arrival of new "whales" will increase the market capitalization and reduce volatility: now, high fluctuations in the bitcoin rate are one of the reasons for the caution of investors and integrators.

With the massive launch of cryptocurrency ETFs, major investment companies and funds, including Fidelity and Ameriprise Financial, are expected to enter the market.

It is also possible that an Exchange Traded Fund based on other cryptocurrencies will appear because many assets show steady growth and good prospects for real use: Cardano (ADA), Binance Coin (BNB), Tron (TRX), Polkadot (DOT).

Inching Closer To Perfect DeFi Aggregator: What is 1inch?